With more people walking and 31 percent of people walking more than usual during COVID, the Goulburn Mulwaree Council in New South Wales has done what more local governments across Australia are being urged to do – invest in SMART solar public lighting.

As part of a milestone project, Melbourne-based company, Leadsun, has installed 160 lights along 10 kilometers of walkway and cycle paths in Goulburn in what is the largest public solar lighting project of its kind in Australia.

“This Goulburn project started 12 months ago. Initially, there was the first stage which had 120 lights over the first section of the pathway,” Mr. Pollard said.

“Since then, there’s been an extension to the pathway network and there have been another 42 lights, so in total there are 160 lights all connected throughout the pathway and I believe that’s the largest solar pathway lighting project in Australia.” 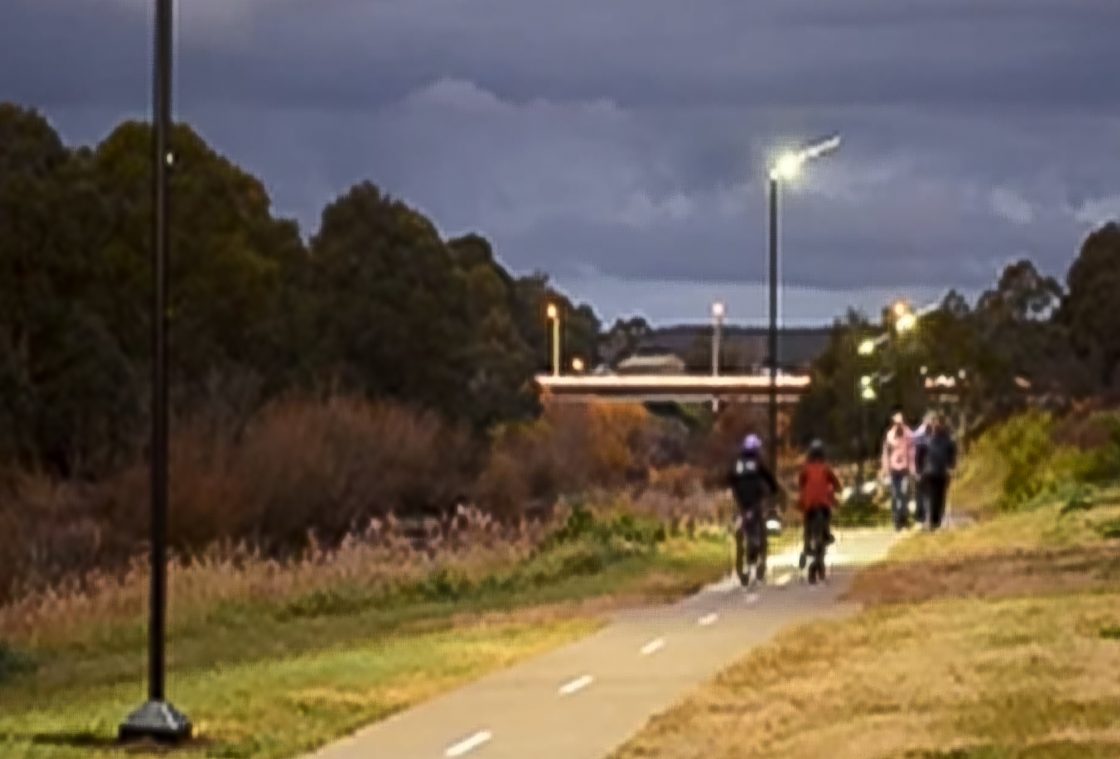 Energy Minister and Federal Member for Hume Angus Taylor said the walkway in Goulburn was now safer and more accessible making it a well-used community asset. “I’m thrilled that the installation of solar lighting will extend the hours of use of the walkway,” Minister Taylor said.

Member of Mission Australia’s Man Walk group, Daniel Strickland who uses the path weekly said he has seen more people exercising before sunrise and at night since the lights were installed.

“When we started in July last year before the lights we would come along with our iPhones and our torches,” he said.

One for one, smart solar public lighting is more cost-effective than traditional electrical street lighting and does not require extensive trenching nor electrical wiring. Power can be stored in lithium-ion batteries for three days.

The Goulburn Mulwaree Council is now planning a further 1.5km extension to the smart solar public lighting project which was partly funded under the Federal Government Community Sports Infrastructure Program.